The Honda Accord, a steal at a £240, is showing no early signs of faults as we tear down the M5. A reel of duck-tape, red and blue paint from B&Q, a couple of choice vinyls (kindly donated) and a dash of creative flair have helped us transform the bland grey banger into a Mario Kart worthy of the toadstool cup.

Peach and I hop off a crowded train full of singing welsh rugby fans and wander nonchalantly across the platform at Bristol Temple Meads to meet our co-conspirators, a pair of Liverpudlians dressed as Mario and Toad. Commuters watch on in wonder, ciders are popped coolly aaaaand they’re off!

Day One – St Austell to Roscoff

Amphibious sauna cars, time travelling deloreans, bat mobiles, Jamaican bobsleighs and a giant pink and purple fur cat… Just some of the creations that adorn the lawns of the St Austell hotel (the starting block) as the team pull up hurling bananas and blasting out the Mario theme tune. 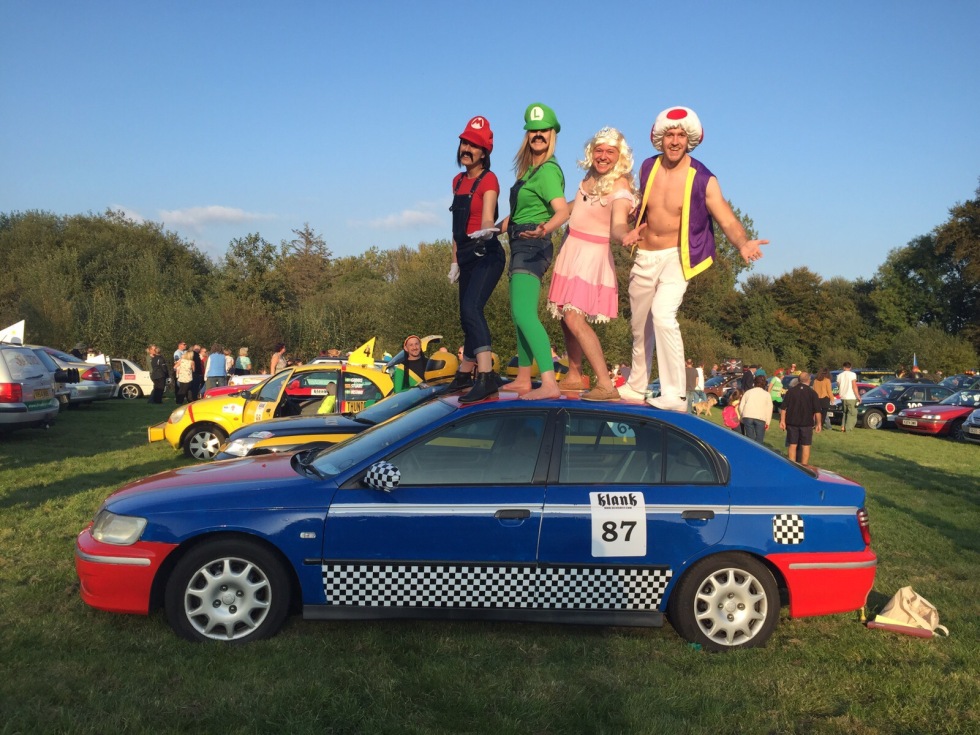 The whole event has the feel of a huge village fete, the band are playing jazz, Cornish children and their families wander the grounds pointing, ogling at the cars and requesting selfies with the eccentric drivers. The team grab another cider and scope out the competition.

It’s not long before we bump into a rival band of Mario brothers, who have travelled down Yorkshire to take part. We met our team coordinator, Lionel, a long serving rally veteran. Lionel is dressed as a bee.

An air horn sounds and one by one the hundred and fifty teams file out in procession bound for Plymouth. The streets of St Austell are lined with well-wishers waving and we are overwhelmed by the number of people who have turned out to see us.

This event is the biggest annual charity event in the whole of Cornwall, as we cruise through each village there are yet more locals in their gardens, sitting on walls waving and clapping us on. It feels like we’re in the Rio carnival. Some six miles later there are still children on pavements waving us by.

Before long we’re all aboard the Plymouth to Roscoff ferry and to our cabin… an extremely ‘cosy’ set up of two bunk beds and a blacked out porthole. Safe to say, we won’t be spending much time in here and instead we bounce off to find some scran and alcohol. After a few drinks and a terrible magic show we make an earlyi(sh) dash for bed before the choppy English channel + cider = chunder cats a-go-go. 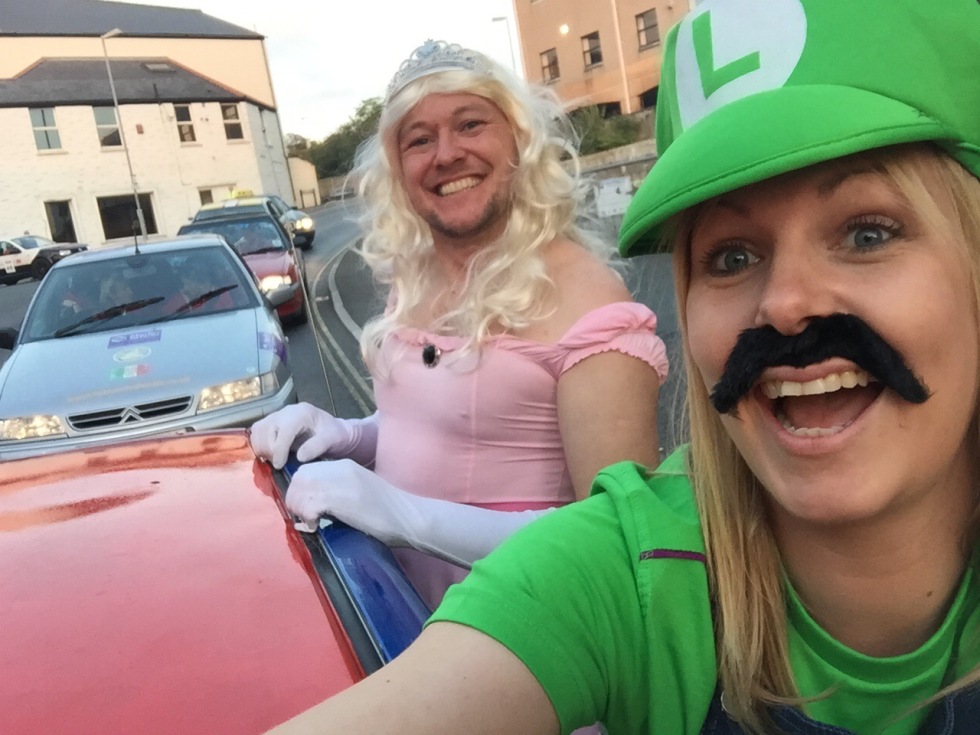 Category: Alice is challenged to race in an old banger rally