Rally Day 4 Luxembourg to the Swiss Alps via Germany 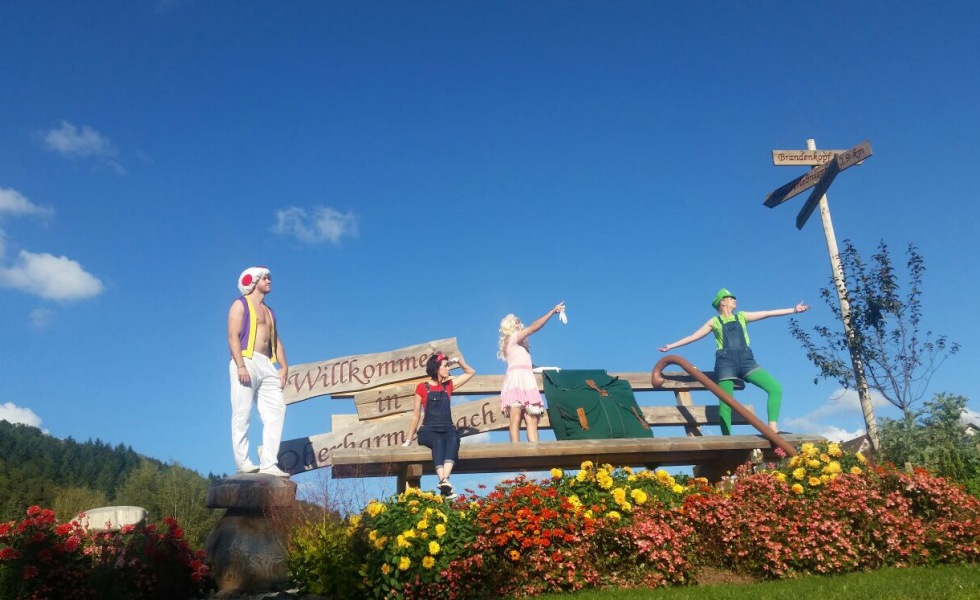 Day 4 Luxembourg to the Swiss Alps via Germany Luxembourg city is our destination this somewhat delicate morning. As we enter the capital we are flanked by grey bleak office buildings either side and it feels a little like a European Milton Keynes. We weave our way around the uninspiring grid towards the centre and stop outside a palace to try and make the guardsman laugh. Sadly his resolve is steely, rather like this city. We bump into a few other rallyers in fancy dress wandering who appear just as underwhelmed as us. 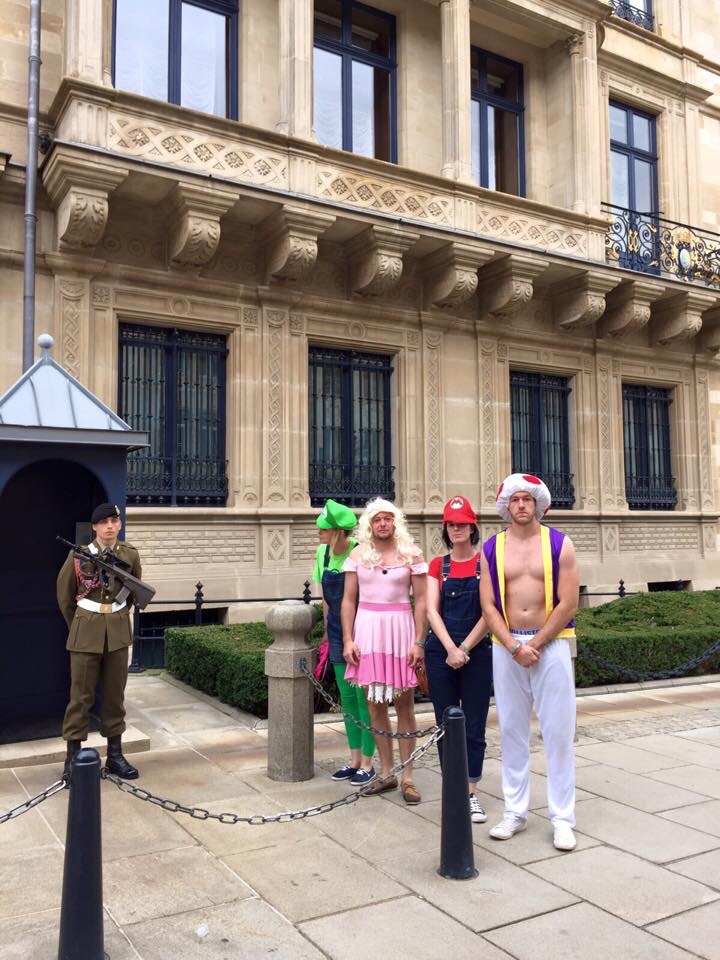 We attempt to find a historic landmark but it’s 5 euros to enter the attraction accessed via some dingy steps which smell of the urinals next door. We sidestep the culture hop back into the car via MacDonalds for a coffee and triple cheese burger and hit the road, not at all sorry to leave this wet fart of a capital. 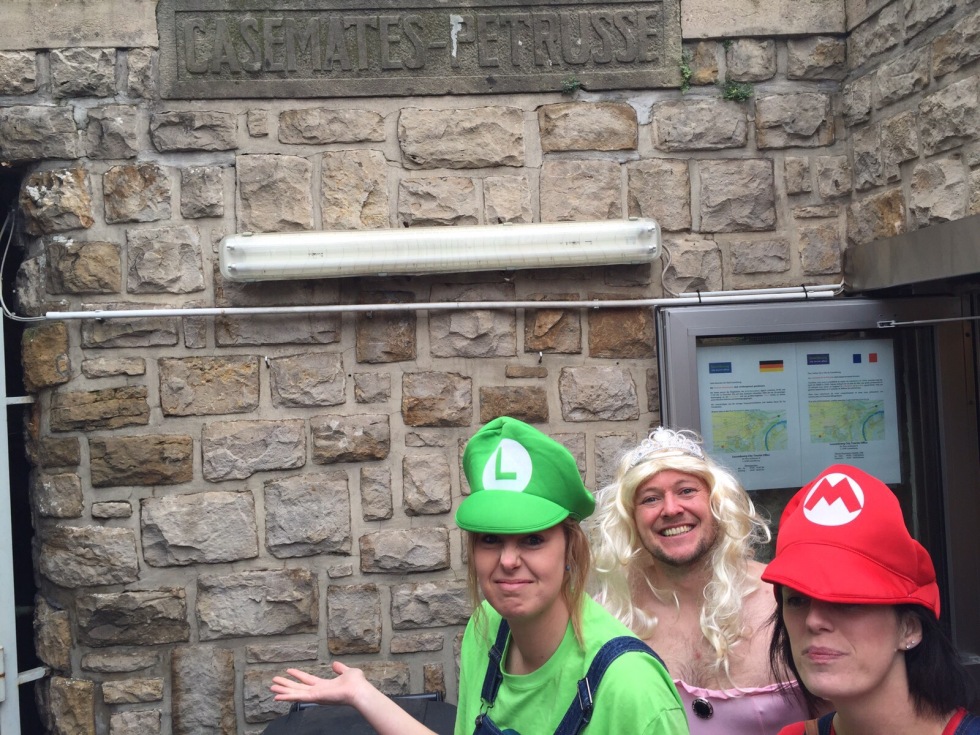 Onward! The mood in the car is flat and so we try to pep up by consuming seven packs of tuc biscuits and rocking out to some early NOW thats what I call music 90s compilation tapes. Feeling significantly chirpier, we enter Germany and drive through some ideallic chocolate box villages.. After the anticlimax of Luxembourg city we decide a round of crazy golf is in order. 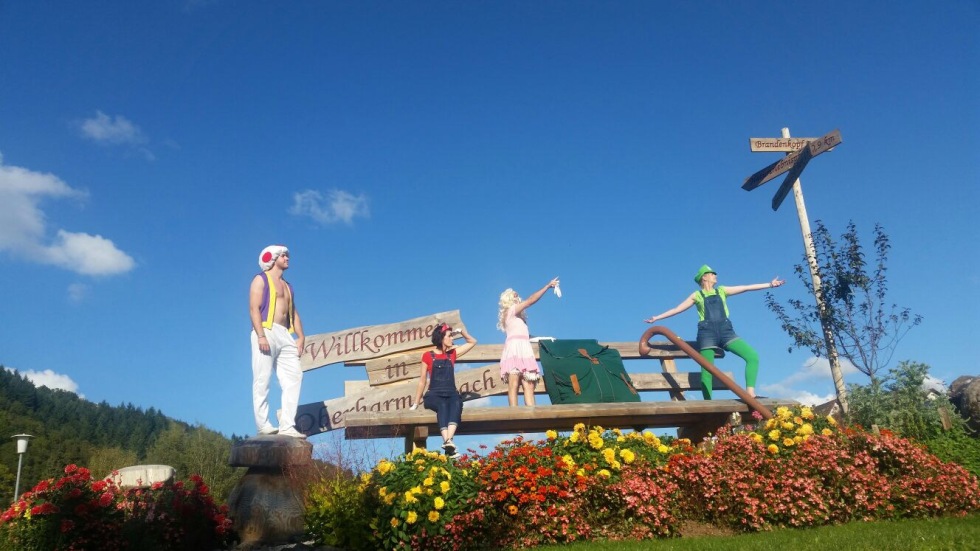 The costumes help us curry favour with the owner who gives us a Deutsch pfennig as a keepsake. 18 holes sunk and it’s time to head to the alps!

Upon entering Switzerland we come across a toll gate on the highway and are motioned to pull in by a uniformed Swiss gentleman, I wind down the window and he asks me (in Swiss) for forty euros. Without questioning I comply and in return am presented with a sticker. We drive off somewhat bemused clutching a rather expensive sticker unsure what the hell just happened! It turns out the sticker is an annual highway pass for all the highways in Switzerland. Shame we’re here for a day but at least we can pass through the tunnels in a legitimate fashion. And there are many MANY tunnels. And many MANY mountains. 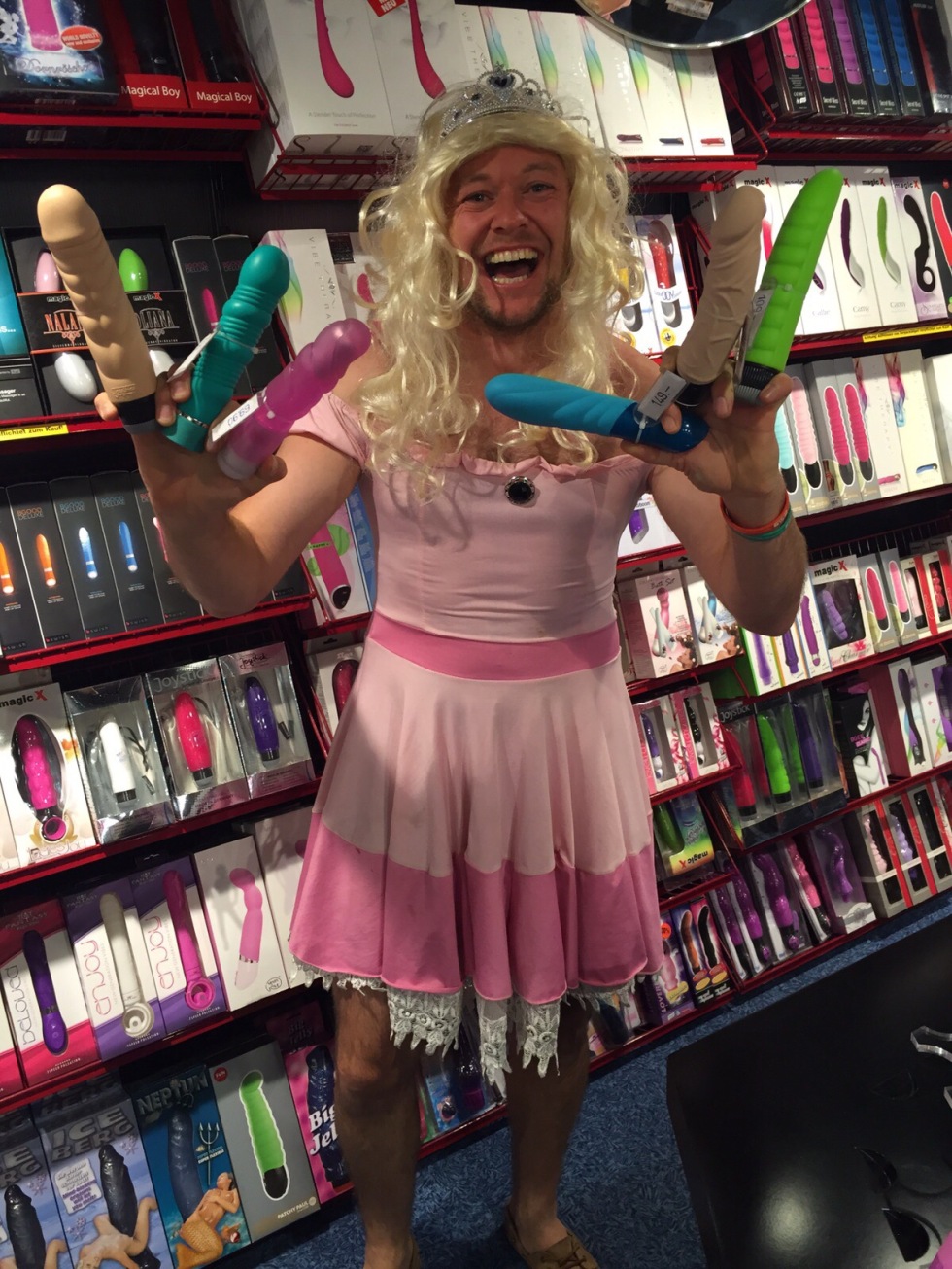 The tunnels are lit in a really awesome way that you feel like you’re cruising down in a playstation game. My daydreams are abruptly halted by a bright flash and the realisation I’d just broken the speed limit. Aww crap! I reason that they may not pursue it across the pond and worse case if they do I will request the photo as a keepsake of the four Mario brothers whizzing down a tunnel under the Swiss alps eating tuc biscuits and singing along to Bryan Adams…. 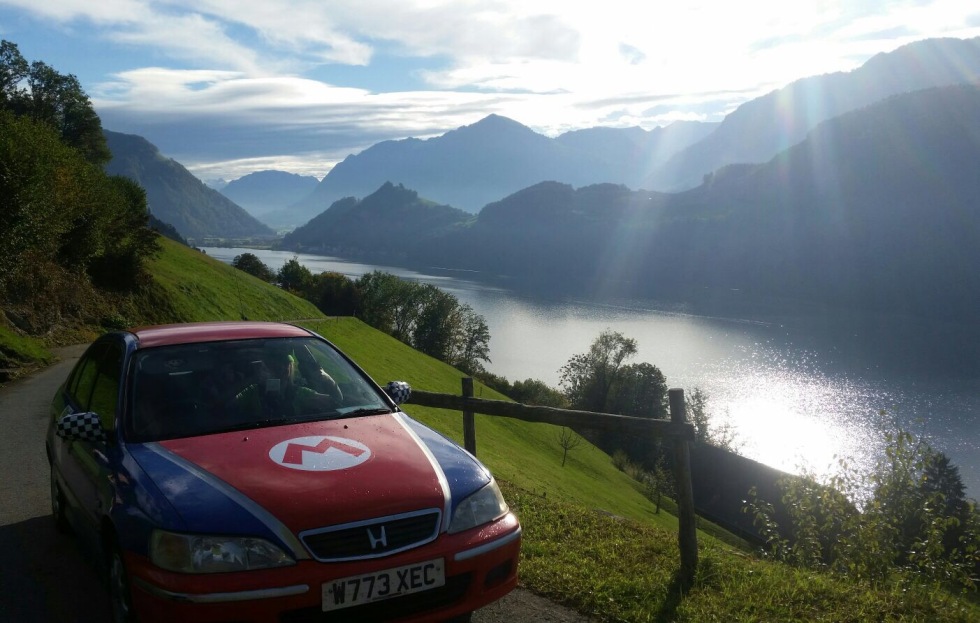 It’s dark now and the crazy golf has put our schedule a little behind and we begin the ascent to our campsite at the top of the mountain. A series of pitch black hair pin bends, signs labelled ‘danger’ and the absence of any barrier between the car and the perilous cliff edge starts to freak me out. I turn the music down and grip the steering wheel tightly my nose resting on my fists to get as close a view as possible. We pootle along at 5mph around and around the hair pin bends. My three companions in the back are suitably inebriated (their driving shifts finished for the day) and see fit to add to my panic by pondering aloud such questions as “I wonder how long it would take us to stop rolling if we go over” and “do you think they’d ever find us”. I remind them that it is not in their interests to spook the driver at this point.. Mercifully we make it safelyto the top and it’s time for a fear induced beer.

Category: Alice is challenged to race in an old banger rally